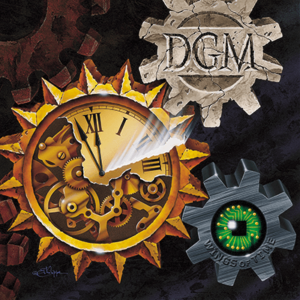 Wings of Time is the second DGM album, released in 1999. The sound becomes much more elaborate but it remains very powerful and fast. Fabio Costantino joins the drums, replacing Gianfranco Tassella, who we find here as a producer. It is a more mature album than the previous ‘Change Direction’ and it begins to outline a more mature sound. Wingd of Time is is the last album that sees Luciano Regoli at the voice with DGM and he  will leave at the end of the tour.

Gravestone Simphony of Pain and Proud to be Dead Digitally Reprinted

Gravestone’s first two works are digitally reprinted and available for Elevate Records. Symphony of Pain is the band’s first historical work originally released in 1994. An avant-garde record for the time and which still gives us seven tracks of powerful and precious old school death metal. LISTEN AND BUY Proud [READ MORE]