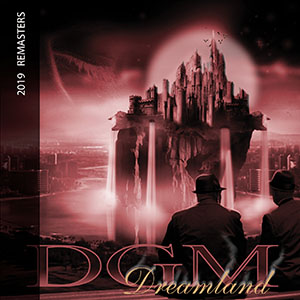 Finally we republish the third DGM album, Dreamland and with this we complete the trilogy of the group released on Elevate Records. Dreamland is probably the most mature album of the three and is the one closest to the band’s current sound. The album, mixed by Claudio Simonetti of the Goblin, is with Titta Tani on vocals. The cd was totally remastered starting from the original tapes and is a big step forward compared to the original disc. We remastered all with the supervision of the original members, Diego Reali and Maurizio Pariotti.