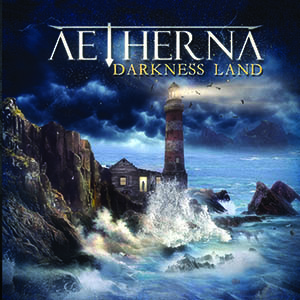 After the single ‘Sounds From Nowhere’ Aetherna’s first album ‘Darkness Land’ is released.

The group is characterized by the powerful voice of Germana Noage and the seven tracks of ‘Darkness Land’, including a clever reinterpretation of the classic Duran Duran ‘The Chauffeur’, will be a pleasant journey to the rediscovery of classic sounds but interpreted in the present.

‘Darkness Land is more than a congratulation note from the genre, it is symbolic reaching out to the masses to see the madness of the world and to have nothing to do with it, to fight with all at their disposal and create something beautiful.’ Ian D. Hall  Liverpool Sound And Vision