Available from today, on all digital platforms, in streaming and digital download, ‘Son animali al mondo’ the first album by Verde Lauro.

Verde Lauro is a Swiss / Italian supergroup founded by Fabrizio Sassi and formed by: 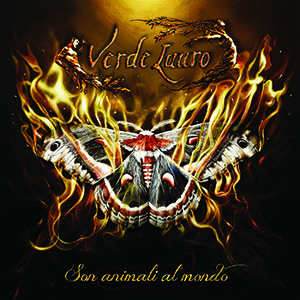 The album, originally released in a limited edition in 2015, is being re-proposed for now in streaming and digital download format, while in autumn it will arrive in CD digipack format